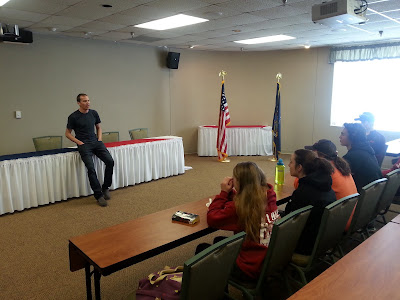 No stranger to setbacks, the highlight of Bill’s chat was when he described a fractured skull suffered during what he thought was the “prime of his career,” an injury which forced him to step back from the sport he was “addicted to” and do some serious thinking. After a season off-snow spent building homes and planning his return to the sport, Demong set some lofty goals which led FAAARR down the path… and which culminated with a record medal haul at the Games in Vancouver.

The moral of the story?
Thanks Bill!