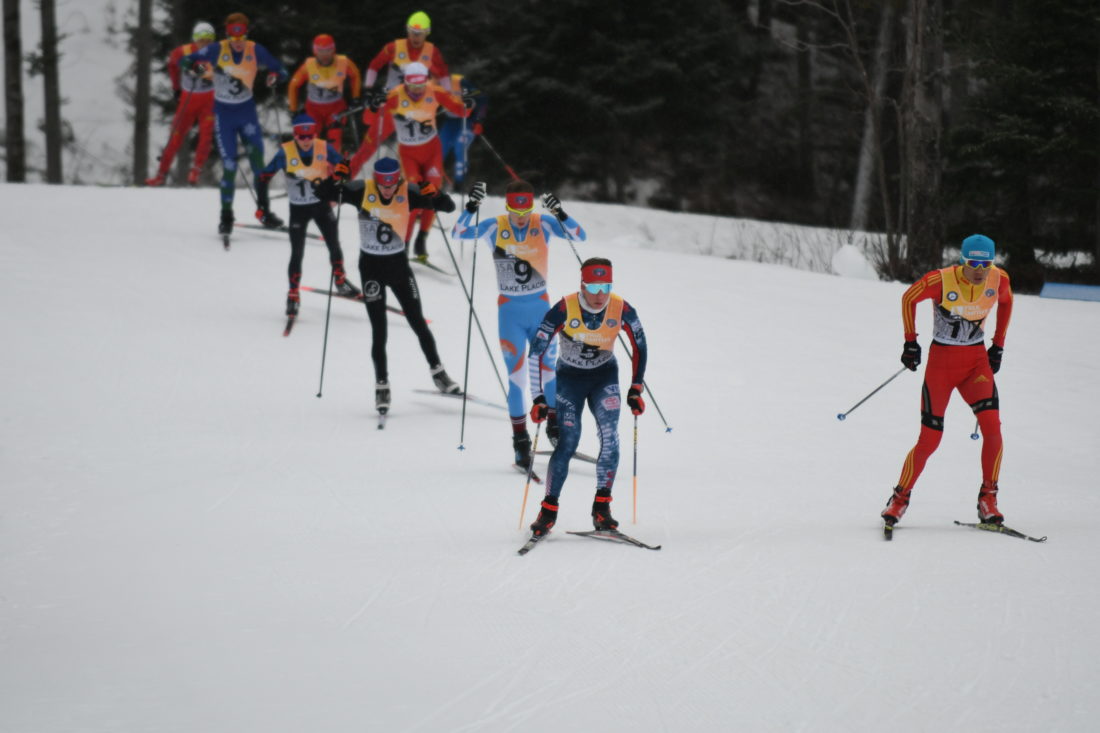 LAKE PLACID — It looks like Beckett Ledger is on the right track when it comes to cross country skiing as an up-and-coming Nordic Combined athlete. Now, dialing in the ski jumping part of the sport is a main focus for the 18-year-old Lake Placid native.

Ledger won both cross country ski races held late last week at the Olympic Ski Jumping Complex in Lake Placid that were part of a pair of Nordic Combined qualifiers to determine the make up of the United States team that will compete later this winter in the Junior World Championships.

After winning the first race on Friday, the 18-year-old, who now lives in Park City, Utah, topped the field again Saturday in the eight-loop, 10-kilometer competition, and followed the effort up by soaring to a seventh-place finish in the New Year’s Ski Jump event held later in the day under the lights on the 90-meter hill.

Ledger is currently a member of the U.S. Junior National Nordic Combined Team, and the performance in Lake Placid solidified his bid to be a member of the contingent that will compete at the 2019 Junior World Championships.

Ledger pulled away from the pack on the opening lap of Saturday’s race and was never threatened. He covered the 10k course in 23 minutes, 23 seconds, with junior national teammate Aidan Ripp turning in the next-fastest ski result of 23:27.

Young athletes from China, who have been training in Lake Placid, also competed, and Lixin Zhao placed third in 23:40. Henry Johnstone of the U.S. junior team placed fourth and China’s Zihe Zhao rounded out the top five.

“I raced well but jumping isn’t consistent right now,” Ledger said after his ski win and prior to Saturday’s night jumping competition. “The skiing is really good. I’m excited with that, because that’s something that won’t change much throughout the season, whereas the jumping can go up and down a lot.”

China’s Jiawen Zhao took top honors in Saturday’s ski jump, with a total score of 111.0. Zihe Zhao placed second with a score of 93.0, and Evan Nichols and Miklas Malacinski of the US Junior National Team tied for third with scores of 92.5. Ledger’s seventh-place score was 78.5.

Ledger’s return home for the holidays to be with his family in Lake Placid was brief. Today, he’s off to Europe to compete on Nordic Combined’s Continental Cup Tour, which is one step below the World Cup circuit. Ledger said his ultimate goal in the sport is to get to the World Cup and Senior World Cup level, and then a trip to a future Olympics.

“I’m ranked sixth in the country right now,” Ledger said. “My goal for Continental Cup, I’m shooting for a top 30. That will allow me to make the next jump to the national team. A little better on the jumping and I’ll be there.”

Tess Arnone, a 15-year-old from Steamboat Springs, was the lone U.S. women’s Nordic Combined competitor in Lake Placid during the week, although there were a handful of young female athletes who participated in just the jumping events.